The Pulitzer winner founded the Intercept to challenge official narratives and protect editorial freedom. When editors abandoned those principles, spiking a controversial story, he was forced to quit

Quelle: Glenn Greenwald On His Resignation From The Intercept

Glenn Greenwald On His Resignation From The Intercept201030 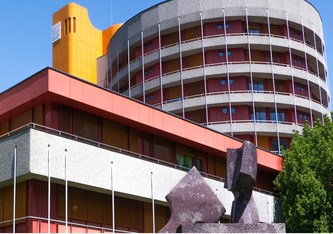 After more than four years of Russiagate we finally learn (paywalled original) where the Steele dossier allegations about nefarious relations between Trump and Russia came from: A Wall Street Journal investigation provides an answer: a 40-year-old Russian public-relations executive named…

Why Are These Anti-Russian And Anti-Chinese Narratives So Similar? — Moon of Alabama

by Pepe Escobar with permission and first posted at Asia Times

Sergey Lavrov, Russia’s Foreign Minister, is the world’s foremost diplomat. The son of an Armenian father and a Russian mother, he’s just on another level altogether. Here, once again, we may be able to see why.

It’s a rarity to be able to share what amounts to a Himalayan peak in terms of serious political debate. We have, for instance, Lieven – who, half in jest, defined the Valdai report as “Tolstoyian, a little anarchical” – focusing on the current top two, great interlocking challenges: climate change and the fact that “350 years of Western and 250 years of Anglo-American predominance are coming to an end.”

As we see the “present world order fading in front of our eyes”, Lieven notes a sort of “revenge of the Third World”. But then, alas, Western prejudice sets in all over again, as he defines China reductively as a “challenge”. (…)

‘The Emails Are Russian’ Will Be The Narrative, Regardless Of Facts Or Evidence

Like the Russian hacking narrative, the Trump-Russia collusion narrative, the Russian bounties in Afghanistan narrative, and any other evidence-free framing of events that simultaneously advances pre-planned cold war agendas, is politically convenient for the Democratic party and generates clicks and ratings, the narrative that the New York Postpublication of Hunter Biden’s emails is a Russian operation is going to be hammered and hammered and hammered until it becomes the mainstream consensus. This will happen regardless of facts and evidence, up to and including rock solid evidence that Hunter Biden’s emails were not published as a result of a Russian operation. (…)